Cliffhanger: Cinema's First Superheroes
TwoMorrows Publishing, 2023
This book will cover the history of the early comic book industry with the development of the movie serials of the 1940s based off superheroes. This is reflective of my holistic approach to teaching comic books as media, as well as my viewing the superhero as a cross-media figure. Cliffhanger is also helping provide a foundation of film studies that will further inform my upcoming dissertation on Superman as a transmedia phenomenon. 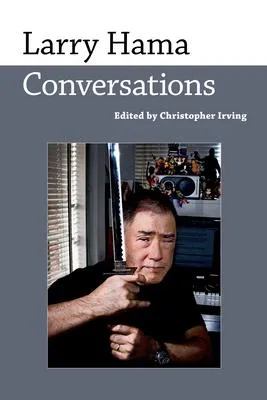 Conversations: Larry Hama
University of Mississippi Press, 2018
​To my knowledge, this is the first academic work on Larry Hama, the comic book creator responsible for G.I. Joe, The 'Nam, Wolverine, and more. Beyond his vast body of work, Hama is a leading Asian creator trained by a handful of comic book legends throughout the 1960s and '70s. It was an honor to compile my interviews with Hama alongside those of my collaborators. This project allowed me to think of Larry's career as one that touches on several different media--and that thought has further informed my approach towards transmedia studies. 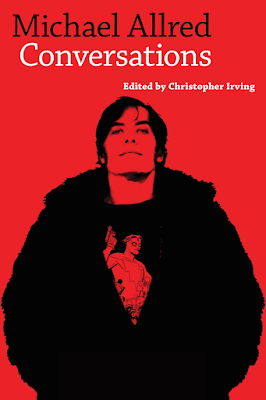 I first interviewed Michael Allred in 1997, when he was in the middle of his successful creator-owned comic book Madman, and right after creating artwork for Kevin Smith's cult film Chasing Amy. This volume collects several of my interviews with Allred from over the years, and focuses on his work across media, with pastiche and kitsch, as well as his identity as a member of the Church of Latter-Day Saints. It's also the first academic work on Allred's existentialist pop culture comic book work. 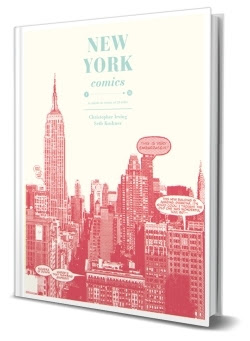 ​This is the second and last collaboration between myself and photographer Seth Kushner, with photograph contributions by his friends after his untimely death from cancer. Created for a French publisher, it is only published in French and available overseas. It focuses on the locations in New York City that have played an important part in comic book history and storytelling. I hope to reuse the material (now reverted to myself) in a future study on New York City and comic books. 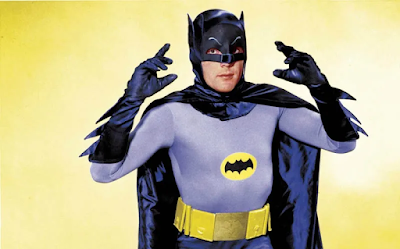 "A Succession of Masks: Batman's Evolving Sexuality,"
Master's Thesis, Brooklyn College, 2012
For my 2012 dissertation in Comparative Literature, I took a historical look at both depictions of and historical treatment of homosexuals in America from 1940 through the late 1960s, and how that paranoia was reflected in the Batman comic books and 1966 TV show. My plans are to expand upon "A Succession of Masks" in the near future. 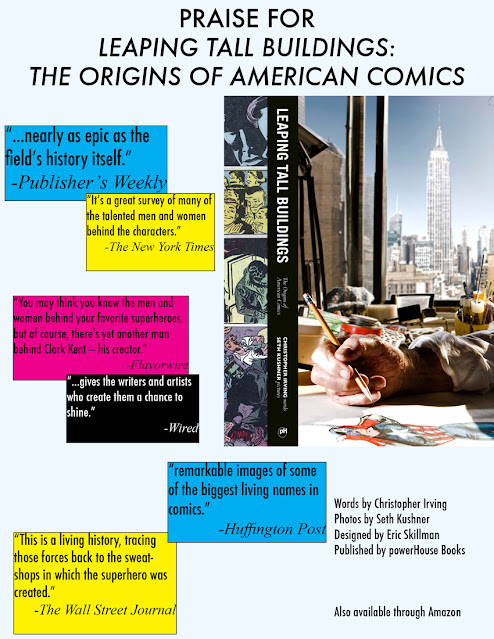 Leaping Tall Buildings
powerHouse Books, 2012
Leaping Tall Buildings is the culmination of four years of comics journalism interviews with key comic book creators, accompanied by photo portraits by Seth Kushner. These were assembled in a series of profiles that provided a survey of comics history, with a spotlight on many of the then-surviving key figures. It is the print version of the full-length profiles from our website Graphic NYC. LTB was translated in French by the publisher MuttPOP. Dean Haspiel: The Early Years (2010) featured connected biographical profiles on Brooklyn cartoonist Haspiel that framed a selection of his autobiographical comic book stories. It was edited and written by myself with photos by Seth Kushner.

Started in 2008, the Graphic NYC website by myself and photographer Seth Kushner allowed me the chance to experiment in writing creative non-fiction about comic book history, through interview-based critical essays with dozens of comic book luminaries. Graphic NYC is where I began thinking about comics history as a narrative and is a key part of my own creative and critical growth. I took the website down after Seth's passing. 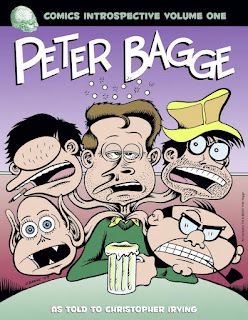 Comics Introspective: Peter Bagge (2006) was intended as the first of a series that focused on independent comics creators and is a turning point in how I approached writing about comics journalism and history. I was tired of comics interview books that were just Q and A's, and wrote this as an essay series. The basis was a weekend's-worth of interviews done with Peter at his home in Seattle. While it's one of my lesser known works, it is one I'm still very proud of.

My first book, The Blue Beetle Companion (2006) is the first research book on the history of the long-running superhero. I began work as an undergrad at VCU in the 1990s and continued through to 2005, uncovering the truth behind the original publisher, Victor Fox, in the process. The character existed in three media during the 1940s: comic books, radio, and a newspaper strip, and this was my first time thinking of character development across media. I wrote at length about the book's importance in 2015. It still remains my favorite book project. 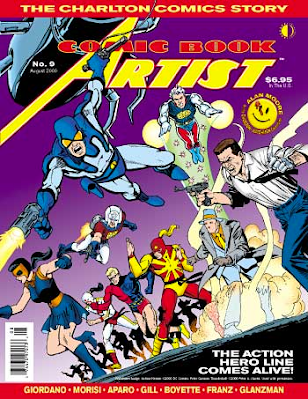 I first came on board Comic Book Artist magazine in 2000 with their first issue on Charlton Comics. Once the most successful comic book publisher, Charlton's legacy was mostly seen as that of the shoddiest. The research I did with editor Jon B. Cooke uncovered stories about a company founded by two cellmates that paid the lowest wages in the industry, but produced some of the top creators. I continued to contribute to CBA, introducing historical essays into the magazine, and earned an Associate Editor title through that. CBA went to earn four Will Eisner Comics Industry Awards for "Best Comics Related Periodical" in 2000, 2002, 2004, and 2005, as well as a Harvey Award in 2005 for "Best Historical or Journalistic Presentation".