Around 2007, I met photographer Seth Kushner after he'd started his cartoonist photography book project. In trying to sell the book to publishers, we launched a web site called Graphic NYC to document our progress and release Seth's photos and my accompanying profiles. Little did we know it would encompass about four years of our lives and dozens of creator profiles, all interviewed in person. The inimitable designer Eric Skillman helped make Leaping Tall Buildings stand out from the other books on comics creators, and our content sets it apart as something meant for the non-comics reader. 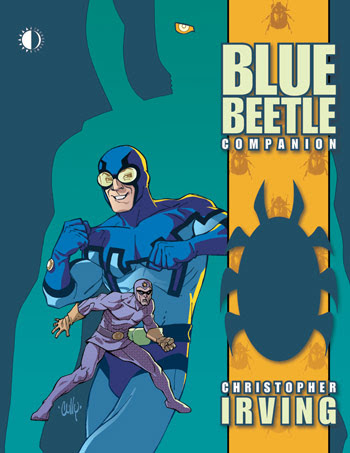 Okay, I admit: The Blue Beetle is the ultimate third-tier superhero character. That's why I love him so much, and jumped at the chance to put nine years of research into my first book, The Blue Beetle Companion, for TwoMorrows Publishing. Did you know that Beetle has been drawn by more top-name comics talents than any other superhero? Or that he's the second superhero to have his own first issue? Me neither, until I put this together. 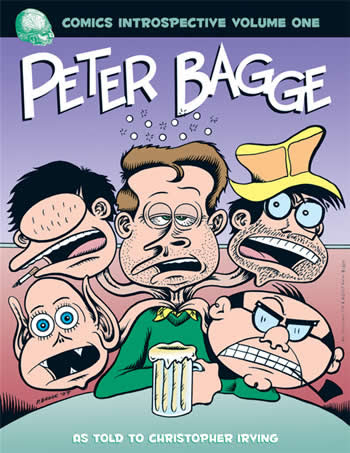 I visited Hate! cartoonist Peter Bagge at his home in Seattle for a few days, and this book gives an in-depth look at his life and work. Peter's a genius and, as I learned, an incredibly wonderful person. This book cemented my desire to write essay books for the non-comics reader, and is my best-kept secret project. 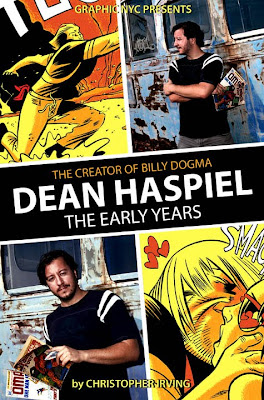 My first time coming to Brooklyn was to meet up with Dean to interview with this book, back in 2007. A few years after starting this project, I picked it back up to complete at IDW, melding interview-based essays on Dino with reprints of his black and white comics work. Seth Kushner had the honor of photographing the nude centerfold of Dean, who was wearing only a copy of Giant Size Man Thing!